Maybe you saw this on Instagram recently… It’s about juggling.

“Upworthy” posted it and it was a tweet thread written by Jennifer Lynn Barnes about an experience she had. Barnes writes:

“One time I was at a Q&A with Nora Roberts and someone asked her how to balance writing and kids, and she said that the key to juggling is to know that some of the balls that you have in the air are made of plastic & some are made of glass. And if you drop a plastic ball, it bounces, no harm done. If you drop a glass ball, it shatters, so you have to know which balls are glass and which are plastic and prioritize catching the glass ones. Nora was not talking about juggling five balls. She was talking about juggling FIFTY-FIVE balls. The balls don’t represent “family” or “work.” There are separate balls that go into each of those categories. “Deadline on Project Y” or “crazy sock day at school.” And her point, addressing a room full of women, was not “prioritize kids over work.” It was, “some kid stuff is glass and some is plastic, and sometimes, to catch a glass work ball, you have to drop a plastic family one, and that is okay.”

I really love this. I love it a lot. Parents are always being asked to juggle. And I would say that on most days they are juggling WAY more than 55 balls! Sharing that it’s actually okay to drop a few balls now and again (or daily) might provide new parents with a huge sense of relief.

Recently, I was talking about this post with a group of expectant families, and the sense I got from the Mommas on the call was that they considered every ball they were currently juggling to be made entirely of glass.

When they’re being asked to juggle (something that they may not come by naturally, I might add…) they have a hard time prioritizing the demands of parenting and working and being in relationship with their partners, family and friends. Which of these balls should be caught first? Which of these balls can be dropped without serious consequence?

All of these “balls” get thrown up in the air, often at the same time, and they need to decide: “I’m going to let this one drop. I think it’s going to be okay.”

But what happens if they’re wrong? They thought the particular ball they let go of was plastic and would bounce, roll away and no one would even notice that it had fallen to the ground. But instead, that ball turned out to be glass and shattered into a million little pieces! Now they’re worried about stepping on the broken shards of glass that have fallen at their feet.

Juggling is a learned skill. Everything that I’ve read says that with enough training and practice, most people can learn how to juggle three balls at a time. I’ve also read that dropping those balls – often – should be expected and that THIS is how you get better at juggling.

Families don’t always realize that they’ve been thrust into parenthood with zero training and no time to practice!

It’s as if directly following the birth of your baby you find yourself on stage, under bright lights, and you’re headlining as “The Jubilant Juggler!” You’ve been thrown a bunch of balls (or maybe in your experience it felt like you were thrown a bunch of bowling pins, or knives, or bowling pins AND knives… ON FIRE!) and the expectation is that you’d be a pro!

But here’s what you’re really juggling: adapting to your new role as a parent, prioritizing your physical and emotional recovery, bonding with your newborn, functioning as a human being despite massive sleep deprivation, learning how to feed and care for your little one, realizing that you’re responsible for another human being’s life, getting your own needs met, and keeping your partner relationship alive as well. This isn’t even an exhaustive list! This is just the beginning…

So, who can you go to for some training tips?

Identifying those who’ve come before you that you think have a handle on this whole parenting thing might be a good place to start. I’d be wary of spending too much time on the internet looking for the world’s greatest professional expert blah blah blah… and instead turn to those you already know, those who’ve figured out how to juggle by learning what works for them. Usually, these are people would never consider themselves, much less CALL themselves experts. But they might have a few ideas that you haven’t thought of yet that could make your learning curve less steep.

And maybe right after becoming a parent, you treat each and every ball like it’s made of glass – just for a little while.

Don’t even try throwing any of them up into the air just yet. Rather, place them gently next to one another on a soft and supportive pillow. Take each of these glass balls out one at a time and get a feel for them. Knowing that the weight, size and fragility may change day-to-day.

Over time, the fragility of these glass balls you’re being asked to juggle shifts. They’re not quite plastic, but maybe… plexiglass?

Start by throwing just one of them up in the air at a time. Feel what it’s like to not know exactly where it’s going to land, or even if you’ll be able to catch it. And if the ball drops – and doesn’t shatter – what would that mean for you? Are you ready to add another ball? If one or both fall to the ground, how would it feel to just pick them back up and try again?

Eventually, you might feel like you’ve got this three-ball juggling thing down. You’re able to throw more than a couple of things up in the air and you might even look good doing it! Resist the temptation to go BIG! Resist the desire to keep on adding more and more balls into the air. Resist the pressure to become a juggling pro.

Remember: very, very few people can do this successfully! (And the pros have to spend ALL of their time and focus on training and practicing juggling to the exclusion of everything else… Not a very healthy or balanced lifestyle!)

When you’re the one who’s juggling, you’ll need to determine how many balls you can have in the air at one time, and for how long.

But you might also need to recruit your partner or other supportive friend or family member to help you determine which balls you’re juggling are made of glass, plexiglass, or straight up plastic. Because as new parents, we tend to think they’re all glass!

When you feel like you’ve got to drop one of the balls you’re juggling, but don’t know which one, ask your partner or support person to help you out: they can grab one of the glass balls before it hits the ground, or grab a pillow for the plexiglass balls to land on so they don’t crack beyond repair, or encourage you to let it go when the plastic ones drop and roll away… You can always pick them up later and try again.

Nora Roberts makes a solid point about all the balls that we are asked to juggle in our day-to-day lives. And I, for one, was thrilled to reconsider all the balls that I have up in the air as either glass (plexiglass: my addition) or plastic. It’s helpful in alleviating any guilt feelings that parents have as they realize something important: EVERYONE IS JUGGLING… ALL THE TIME.

Knowing that you’re not the only one, that not every ball is made of glass, that there are “trainers” and the support of your partner or other people to help you determine if a ball is glass or not, and that it’s perfectly okay to drop the plastic ones can be very helpful.

But knowing that it’s YOU who determines how many balls you want to throw up in the air and for how long, can be life-changing!

Being a professional juggler is pretty cool but remember… it’s not for everyone.

*Check out this YouTube tutorial. It’s quarantine, baby – and if making a sourdough starter is not your thing, maybe learning how to juggle is!

I’d love to hear what you think about juggling all of your responsibilities! I hope this post helped you see things in a slightly different way! 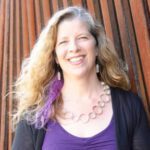